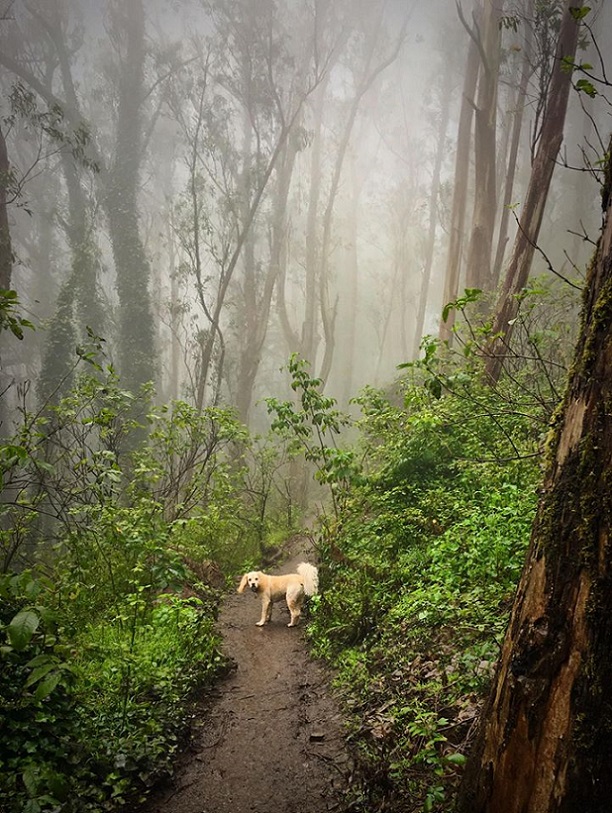 UCSF has published its initial study for the Environmental Impact Report (EIR) on the new 2017 Plan for Sutro Forest.  This “Notice of Preparation and Initial Study” outlines the areas the EIR will cover. Comments on the Initial Study can be sent any time before March 8th, 2017. They are also holding the EIR scoping meeting on February 23rd, 2017. (Thursday, Feb 23 2017 at 06:30 pm, Millberry Union, 500 Parnassus Avenue, San Francisco, CA 94122)

You can read the Plan here: mount_sutro_vegetation_management_plan_revised_1-23-17  (as a PDF).

The PDF of the “Notice of Preparation and Initial Study” (NOPIS) is here: mt-sutro_nop-and-initial-study-checklist_final_2017-02-03_0

The NOPIS repeats some of Plan description of the forest, which it characterizes as being in poor health.

In the 2013 EIR, UCSF estimated there were 45,000 trees in the Reserve. It intended to cut down 60% of them, or 27,000 trees. That would have left 18,000 trees. The new Plan has sharply reduced its tree population estimates: It now says there are only 10,000 live trees (and 3,500 dead or dying ones).  Since it is impossible that 35,000 trees were removed in the interim without our knowledge, we’re going to assume that there was a pretty substantial mistake somewhere. Given that the new estimate is about one-third of the old one, we can also assume a large margin of error on these estimates.

Remarkably, the Plan (and the NOPIS)  still says there are “too many blue gum eucalyptus trees” in the Reserve. This is even though this estimated population is less than a quarter of the original estimate – and about half the trees they expected to retain after implementing the controversial 2014 EIR and Plan. The new Plan is for 75-100 trees per acre. The actual forest will also shrink: They plan to remove all large trees on 14 acres of “defensible space” near buildings;  expand the Native Plant area from 2 acres to 5 acres; create access roads for machinery, and broaden trails. This means the forest size would be reduced from 61 acres to perhaps 40 acres or less. The number of trees then would drop from 10,000 (if their current estimate is right) to around 3-4,000 trees – with more than 6,000 healthy trees being removed. They plan to retain only 2-3 snags per acre, so that would mean that 3,300 dead or dying trees would also be removed.

It sounds like any number of trees that makes Sutro Forest look like a forest are “too many.” With the new emphasis on native plants in the revised Plan, this is clearly an effort to clear spaces to change the character of the forest to a patchwork of native plant gardens punctuated by stands of trees – a forest in name only.

NATURAL FOREST, NOT DISEASED AND DYING

The NOPIS (and the Plan) assert the forest will not recover on its own, and references “forest pathogens.” No details are provided.  A living forest is expected to have pathogens – otherwise there would be no biosphere or ecosystem.  This is a “natural forest” not a diseased and dying one, as alleged by Craig Dawson in his alarmist 2014 article. The reaction of some experts to that article:

The percentage of dead trees is high – but not exceptionally so. Dead trees have a high ecological and habitat value – insects feed on them, in turn providing food to many kinds of birds and some animals. The weakened wood provides easily excavated cavities where birds can nest. As a result, forests are often managed for deadwood for biodiversity and ecological reasons. In one such example, a pamphlet on Managing Deadwood in Forests and Woodlands, uses a percentage of 0-10% of the stems dead as low ecological value, and >20% as “high” ecological value. Thus, 25% of the stems (trunks) being dead is not a sign of disaster. Especially since, with a large margin of error, the actual percentage could be much lower.

The forest has been given no opportunity to recover on its own. Whenever saplings appear, they are torn out, as are all the other natural plants of forest by people biased against “invasive” plants. This picture, from March 2013, shows healthy saplings in the “gash” – the place where the forest was cut down for a water-pipe replacement. It is specifically mentioned in the Plan as an area where regeneration is not taking place. The saplings were ripped out soon after this picture was taken. 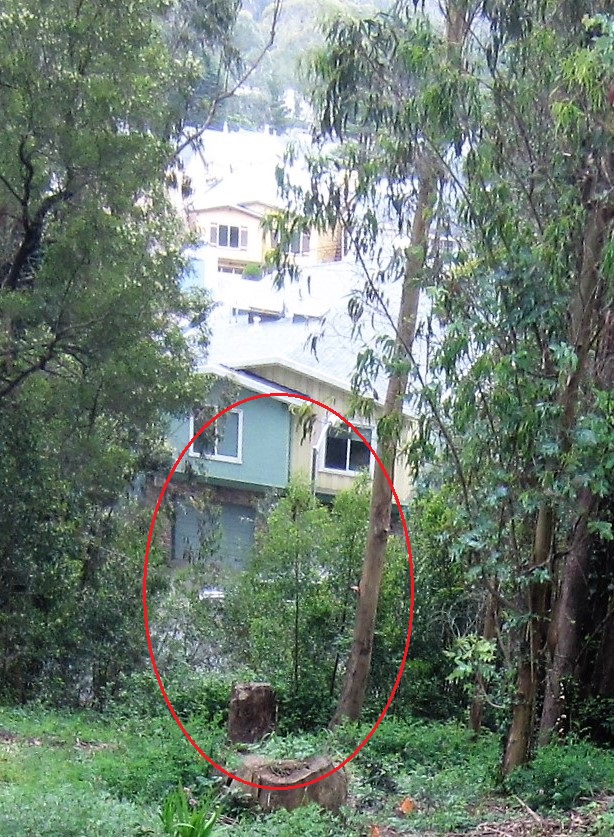 Forests create their own ecosystem and environment.  Trees in a forest have interconnected root systems and they also protect and support one another above ground.  Drastically reducing tree density damages the trees that remain and makes them more vulnerable to being blown down in the wind. The removal of  over a thousand trees and large swathes of the blackberry understory has necessarily weakened the forest’s ability to retain moisture. This would have rendered it more vulnerable in the previous drought years.

This vulnerability will be worsened by the next element of the Plan: ‘Establishing a mosaic of trees, shrubs and ground cover… with gaps in the canopy…” This would be a thinned and therefore drier and more windy forest. Especially given shallow soils and high winds, the weakening of the intergrafted root network is bound to destabilize the forest, and possibly the hillsides as well.

“Manage vegetation only around the trails…” says the Plan. The glitch is that the trails are now so extensive that practically any area qualifies: see the map below, taken from the NOPIS (published here as a fair use for purposes of discussion and critique).

A “group selection area” is one where all the trees in the selected area will be cut down.

UCSF plans lots of heavy machinery for the forest, any time from August until end-January – and starting this year :

They will also build temporary access roads (which will require more tree removal) and widen existing trails by 3-4 feet to “accommodate equipment.”

They’ll establish a staging area for chips and logs, and truck this to some destination outside San Francisco.

The only positive is that NO herbicides will be used.

The NOPIS has listed a large number of potential impact categories – as it should. This project is going to be very destructive.

The NOPIS also concludes that the Plan has potentially significant cumulative effects on the environment, affecting people as well as plants and animals.