It’s no surprise that people are beginning to associate San Francisco’s Natural Areas Program with pesticides. It’s been using them (if the city’s records are accurate) at an increasing rate. 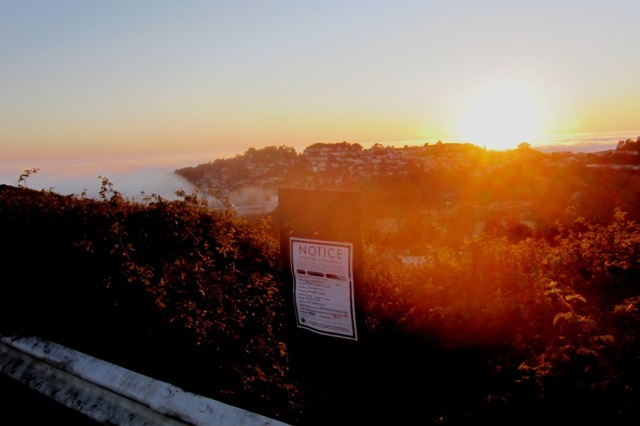 The Draft Environmental Impact Report (DEIR) on the SF Natural Areas Program is rather coy about pesticides. It doesn’t say how much it’ll use, just that it will follow all the rules when using them. (They actually have a poor track record there, but we’ll go into that in another post. [Edited to Add: We did.]) Today, we want to talk about the pesticides on their list: Roundup or Aquamaster (glyphosate); Garlon (triclopyr); Polaris (imazapyr); Milestone (aminopyralid).

SF’s Dept of the Environment classifies all of these as Tier I (Most Hazardous) or Tier II (Hazardous). There’s no mention of using any Tier III (Least Hazardous) chemicals.

We’ve talked before of Roundup, a Tier II pesticide. We hope that in view of the new research that has been surfacing, SF’s DoE will revisit that classification and consider if it deserves a Tier I rating.

Classified as Tier I, Garlon is even more hazardous than Roundup. In 2010, NAP used this pesticide 36 times (sometimes in combination with Roundup, which it has said it will no longer do). We’ve written about Garlon before, Garlon in our Watershed — which has more details — and many times since then.  In brief, these are the main issues:

The DEIR has said that the SF NAP’s phasing out Garlon. We have some doubts; its tree-felling program will be futile without Garlon to prevent re-sprouts.

This is a very new pesticide, and not much is known about it — except that it’s very persistent. SF’s DoE has recently approved it for use as a Tier II hazard. It not only doesn’t degrade, some plants excrete it through their roots so it travels through the environment. We’ve written about this one, too, when NAP recently started using it on Twin Peaks and Glen Canyon. (Actually, NAP had started using it prior to SF DoE’s approval , in Stern Grove and also at Lake Merced in 2009 and some unspecified NAP area in 2008.)

About its impact on people, we wrote: “it can cause irreversible damage to the eyes, and irritate the skin and mucosa. As early as 1996, the Journal of Pesticide Reform noted that a major breakdown product  is quinolic acid, which is “irritating to eyes, the respiratory system and skin. It is also a neurotoxin, causing nerve lesions and symptoms similar to Huntington’s disease.”

It’s prohibited in the European Union countries, since 2002; and in Norway since December 2001.

Milestone is a Dow product that kills broadleaf plants while ignoring most grasses. While the DEIR lists this as a chemical used by the NAP, they actually used Milestone very little (twice in 2010). Fortunately. SF DoE classifies it as Tier I, Most Hazardous.

[Edited to Add, March 2013: SF DoE changed the classification to Tier II. And NAP is using it much more frequently – see our article on NAP pesticide usage from 2008-2012 ]

This is even more problematically persistent than Imazapyr; a computer search yielded warnings of poisoned compost.

The manufacturer sees this as  a benefit. “Because of its residual activity, control can last all season long, or into the season after application on certain weed species,” says the Dow AgroSciences FAQ sheet.

Nevertheless, after an outcry and problems, Dow AgroSciences has stopped selling Milestone in the UK until it’s figured out. [Edited to Add, July 2012: It’s also prohibited for use in New York.] [Edited to Add, March 2013: The UK has permitted its sale again. New York hasn’t.]

Note to NAP and SFRPD: Don’t put clippings treated with Milestone in the green bin! 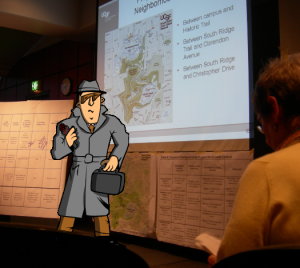 When we first started researching pesticide use in “Natural Areas” (and shocking a lot of people who’d assumed “Natural” meant natural), conspiracy theories arose: The chemicals companies were subverting the decision-makers; Pesticides were being portrayed as ecological, and the marketing machine was convincing them; Maybe there were even payoffs!

We think the explanation is much simpler: Those in charge of the Natural Areas are being asked to do the impossible. They’re given a large area, (ETA: it’s as big as Golden Gate Park but in 32 separate locations) in the middle of a city where conditions don’t even approximate those of the pre-industrial era, and asked to return it to a specific moment in time.

It doesn’t want to go.

WHY NATURAL AREAS FIGHT BACK

Someone described the effort to “restore” the “Natural Areas” to “Native plants” as a constant battle. It is, and here’s why:

The bison in the room (it’s native, unlike the elephant) is this: Contrary to the belief that Native Plants are so adapted to a particular place that “restorations” can be achieved merely by eradicating unwanted plants — Native Plant gardens need the same kind of maintenance and care as any garden.

Without the Sutro Stewards’ volunteers working there every month or so, the Native Garden on top of Mount Sutro would revert to its natural state: a mix of native and introduced plants. (No pesticides are used in that area, or indeed anywhere on UCSF’s Mount Sutro space. It may be the last pesticide-free wild area in San Francisco.)

Is the Natural Areas Program, as it’s currently managed, worth it? We think not, because of:

It makes sense to define small areas as Native Gardens, focus on those, and make them succeed. That can be done — as the Native Garden on Mount Sutro proves — without toxic chemicals. 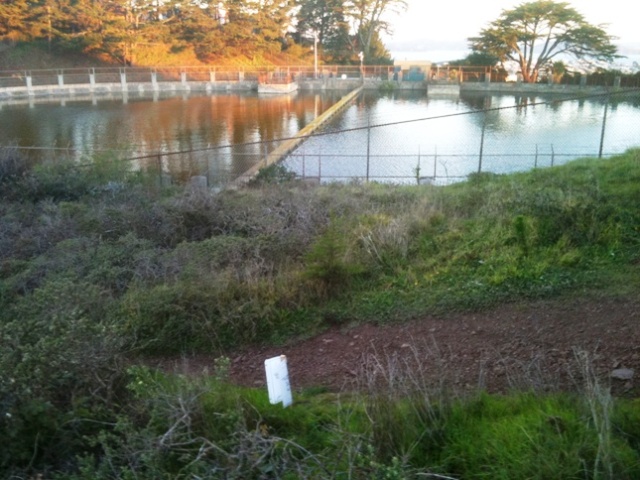