San Francisco, Biodiversity, and the Department of the Environment 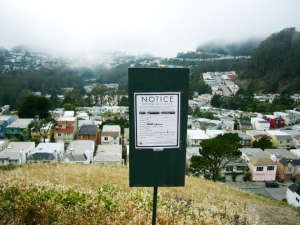 We’re aware of San Francisco’s Department of the Environment as the first line of defense against toxic chemicals in our public lands. But they’re more than the defense-against-the-dark-chems guys. They’re the recycling guys. The energy saving guys. The community gardens and Green Businesses guys. Now they’re adding Biodiversity to their long-term plans. Here are some notes from the minutes of the San Francisco Commission for the Environment’s May 2011 meeting:

The addition of a section on Biodiversity for 2013 plans and beyond and possibly before then if funding is secured.  This calls for a focus on protecting the natural environment beyond trees, which is the focus of the urban forestry program.

Commissioner Gravanis stated that she is pleased that a biological diversity section has been added, one area in which San Francisco cannot claim to be an international leader, and is looking forward to working closely with staff to make that happen.   She suggested that the Climate Adaptation Plan address that our own indigenous biological resources are imperiled by climate change and the invasion of exotic species in particular.

And another from the Sierra Club.

Ms. Rebecca Evans, Sierra Club, spoke in support of Director Nutter’s addition of biodiversity to the Strategic Plan, which was further expanded on by Commissioner Gravanis.  She stated that she attended a meeting of the San Francisco League of Conservation Voters where a discussion was held on San Francisco making biodiversity a priority.  It is time for the city to look at this issue and embrace it.  The Golden Gate National Recreation Area has more than 1200 endangered species, more than any other park in the lower forty-eight and we are on the Pacific flyway.

Biodiversity. It’s a good thing. So why aren’t we standing and cheering?

THE PROBLEMS WITH “NATIVE” BIODIVERSITY 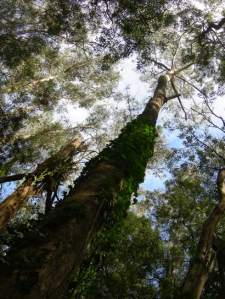 Biodiversity means different things to different people, and we’re concerned about the interpretation here. From Commissioner Gravanis’ remarks, it’s clear the focus is on native plants and excludes “exotic” species.

We have several problems with this.

These are uses that a focus on native biodiversity could severely constrain. The San Francisco Sierra Club’s Yodeler magazine carried a reaction to the Recreation and Open Space Element of the city’s plan. Here’s what it said about recreation: The draft ROSE talks about the benefits of open space for physical fitness through exercise and recreation, but these one can do on city streets or in gyms. Back in 2009, we reprinted an article on “Museumification” in two parts  (here and here). This is the process of making public lands into plant museums that discourage or prohibit recreational uses, via restorations favoring “native biodiversity.”

In the search for “biodiversity” (i.e. native plant biodiversity) there’s little focus on ecological function of the “non-native” elements of the ecosystem. It’s usually an article of faith that somehow, a native eco-system is better — even when it’s evident that the non-native plants are important to the habitat. They also increase biodiversity. In a recent talk, Peter Kareiva, chief scientist at the Nature Conservancy, pointed out that California’s plant species had increased 25% because of introduced species.

2 Responses to San Francisco, Biodiversity, and the Department of the Environment