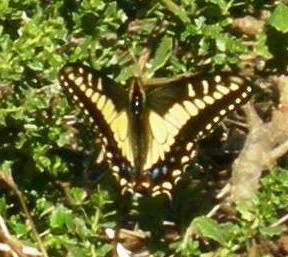 The San Francisco butterfly count, led by Liam O’ Brien and sponsored by the North American Butterfly Association, has announced its results. This year, it was held on July 3 on a bright sunny day, compared with last year’s June 7th in cold foggy weather. It paid off in record numbers: The same number of observers as last year (34 people) saw  967 individual butterflies, against last year’s 775; and 26 species compared to last year’s 24 (some of last year’s didn’t show up, but some new ones did). The top ten species accounted for 82% of the sightings (85% last year). This year, the count included Angel Island, which accounted for some of the new species.

After that, everything changes:

Could be the weather, the month’s delay, or just random events. O’Brien notes that San Francisco leads the nation’s counts in Anise Swallowtails, which prefer hill tops and use fennel as a nursery plant. San Francisco has an abundance of both — despite fennel being treated as an invasive non-native. (Liam O’Brien keeps the www.sfbutterfly.com website and blog.)

The graph below shows the totals for 2011 (upper bars, in yellow) and 2010 (lower bars, in orange). If you click on the graph, and click again, a larger version shows up. 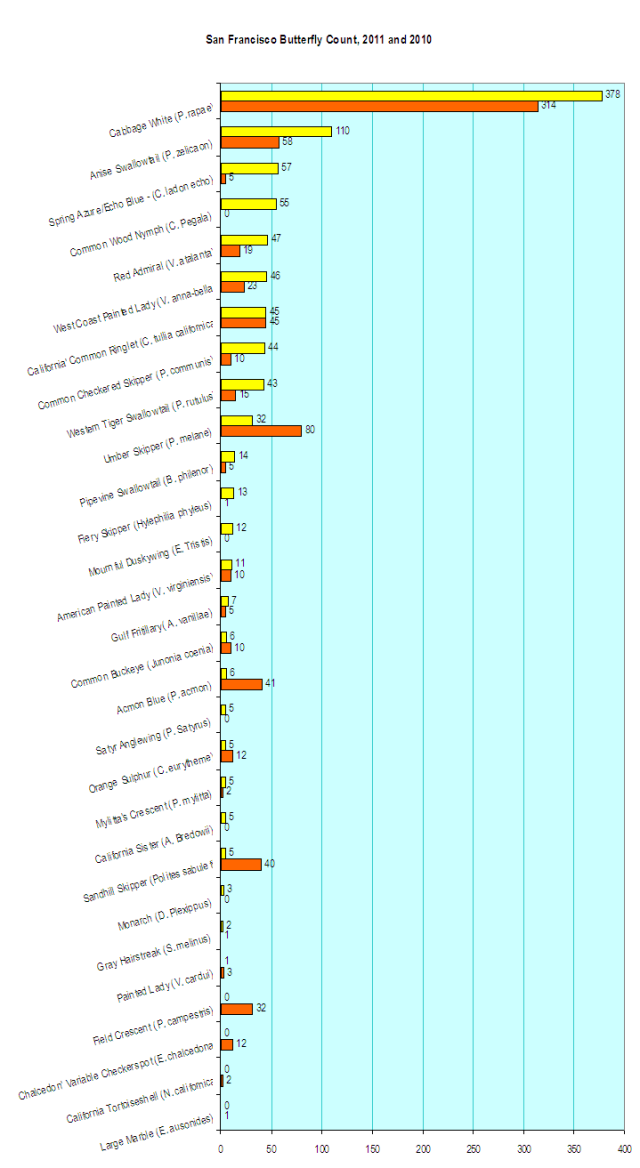 [Edited to add: This was edited for minor corrections and to add a picture of the Spring Azure/Echo Blue.]

This entry was posted in Environment and tagged butterfly, wildlife. Bookmark the permalink.