At the meeting on January 14th, 2016, UCSF announced it was trying again to develop a plan for Sutro Forest. UCSF hope to have a draft Plan in May 2016. They think they may be able to “start work” in Fall 2017, after the March-August bird nesting season. They said they hoped for a plan everyone could support. We hope so too. 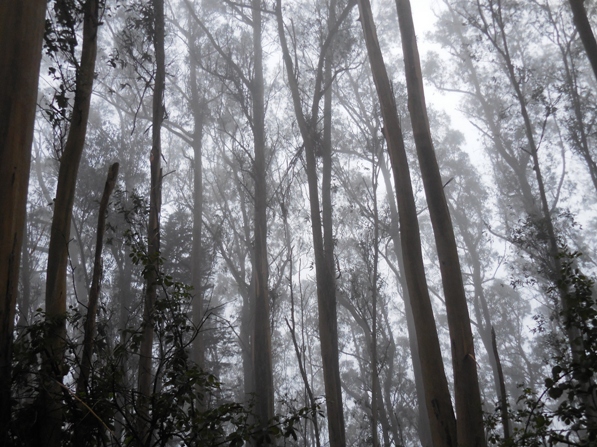 UCSF has hired two foresters, Jim Clark (of Hort Science) and Matt Greene to write the plan. They also instituted a Technical Advisory Committee (TAC) to provide input to the Plan.

The first meeting of the TAC was January 14th, and was apparently intended to discuss scope, issues and metrics. The meeting was a lively one, with the TAC asking a number of questions. Many of the issues that came up were fundamental to how the forest will be managed. We will report on that later.

The next meeting will be in March or April to discuss alternate management strategies, and a field trip to the forest will be scheduled before that. (Some TAC members have never visited Sutro Forest.)  In May, they will publish the Draft Plan, and in June the TAC will give its recommendations. In August and September, they will have two community Open Houses.

An Environmental Impact Report (EIR) will be written some time during these months, and as usual they will accept public comments to that EIR.

Members of the TAC include:

UCSF has assembled a  large team from Campus Planning, Community Relations, and Facilities – together with Police, Fire … and Legal. Evidently they wish to be prepared.
Here is the list of UCSF Internal Steering Committee members, in alphabetical order.

We hope that the new plan will be better than the destructive 2001 Plan, the FEMA-grant-based Plan, and the revised 2013 Plan that would still have cut down thousands of trees.