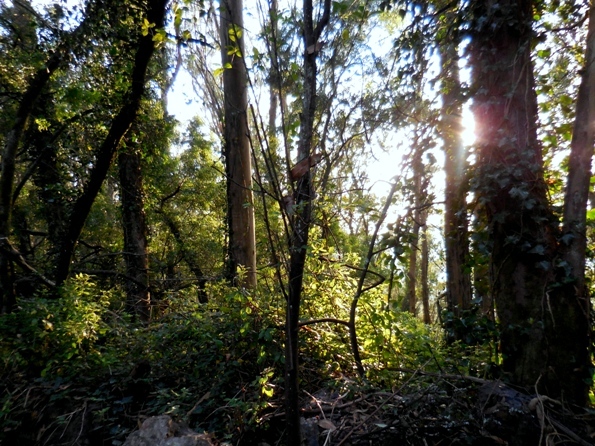 We went up perhaps an hour before sunset, and the light was already turning golden.

A tiny crescent moon shone high up. We used to call a daytime moon “the Children’s Moon” – a leftover from the Victorian era in which children were put to bed so early in summer that they didn’t see the moon at night. 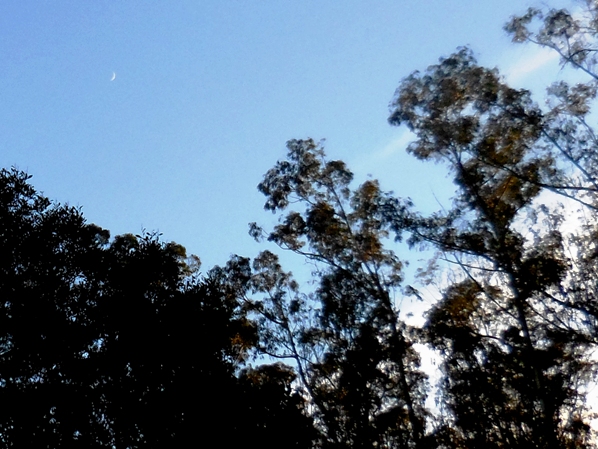 There’s still a wildness to the forest, and a natural beauty that hasn’t yet been cut away. Not all the trees are straight, and the leaning and twisted ones add to the forest’s character. 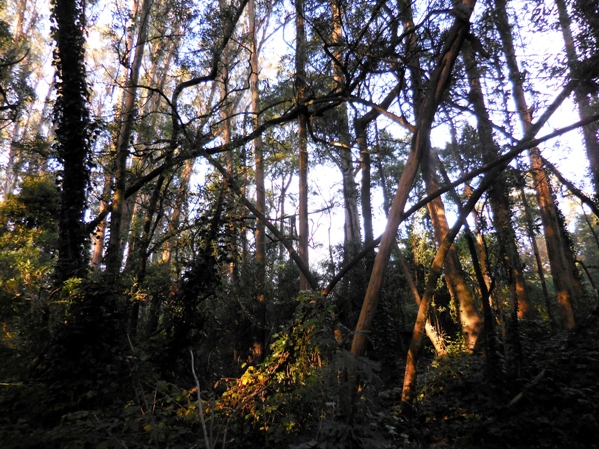 There aren’t many flowers in the forest now, but some nasturtiums persist. 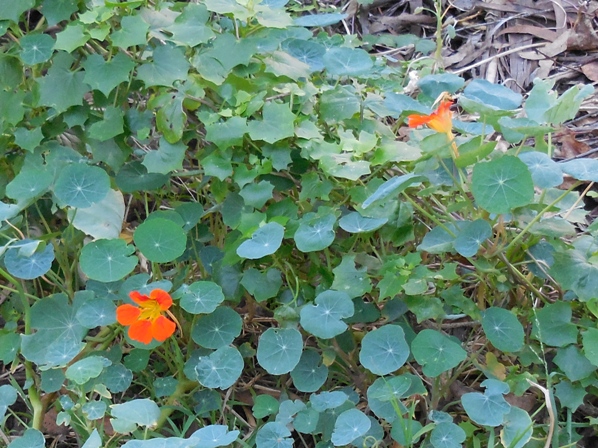 We heard a lot of birds in the canopy, too far for us to recognize them. A few also scratched and darted around the bushes. We heard a humming bird clicking and buzzing, and here’s a fuzzy picture of (probably) a hermit thrush. 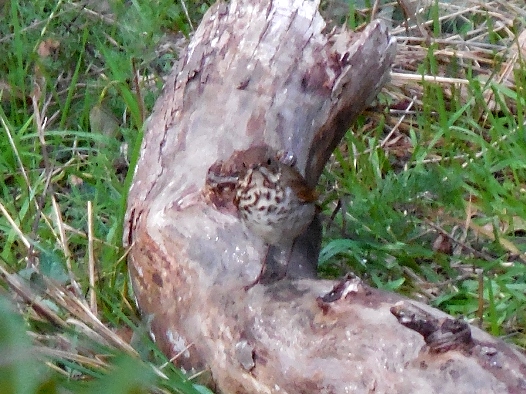 As sometimes happens, we came across things people had left behind. 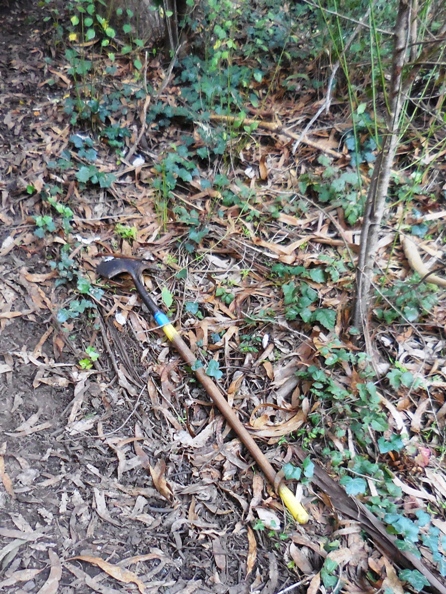 Sutro Stewards, if you are missing this spade – it’s near the Christopher trail head. 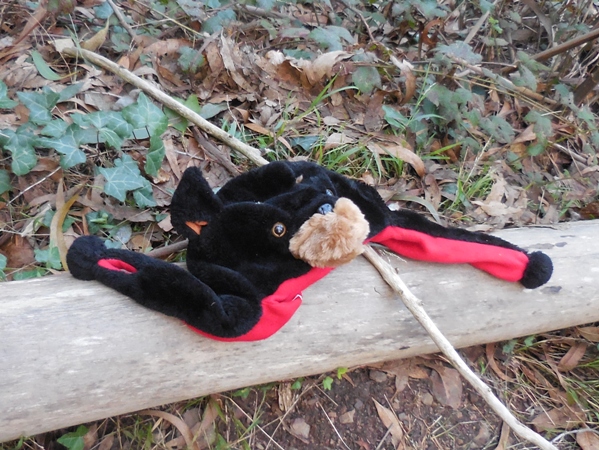 And whoever belongs to this animal cap/scarf – it’s been careful placed on a log on the North Ridge trail down from the Native Garden. 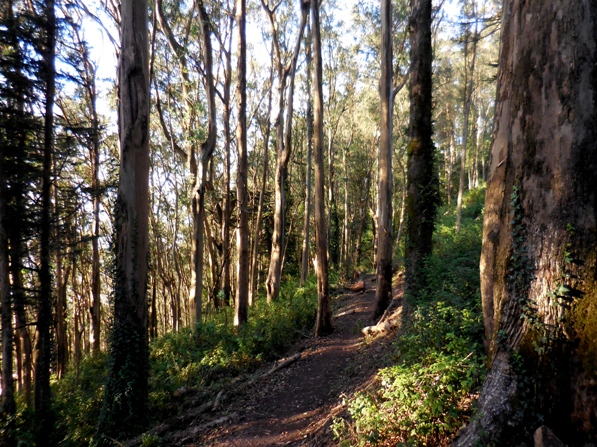 We continued down the trails with the light slanting in.  For such a lovely day, there were few people in the forest. There were maybe half a dozen hikers over two hours, and three or four bikers enjoying the natural beauty and peace of the forest. 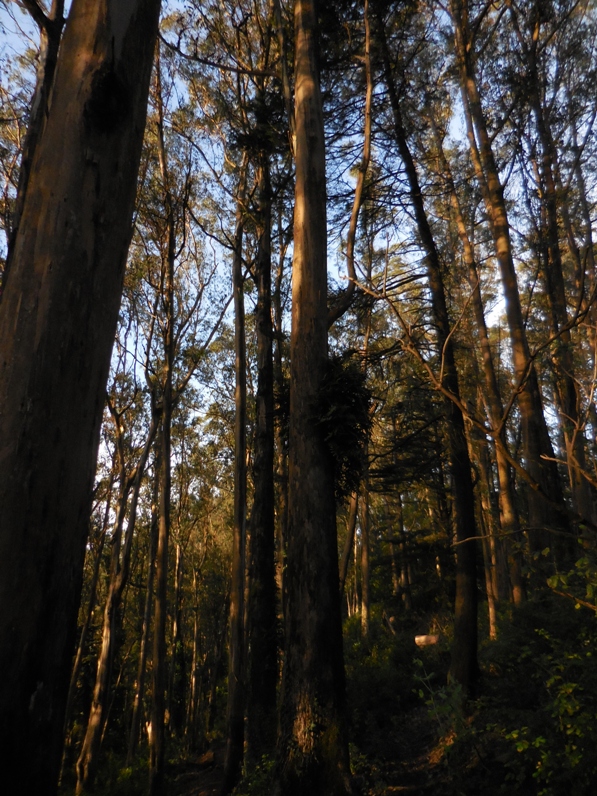 Without the fog, there were views out of the forest. 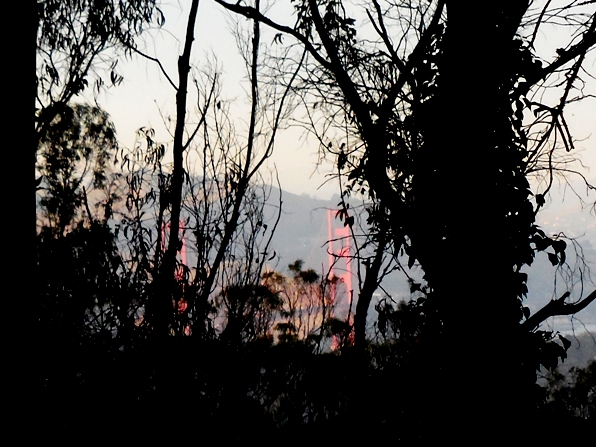 The trails are damp from recent rain, but not muddy except in a very few easily avoided places. 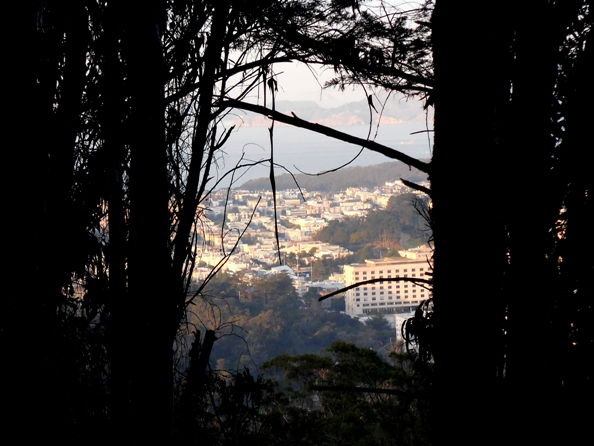 The forest has some bare areas it didn’t have before – those that have been decimated by the so-called ‘fire-safety work’, the felling of over 200 trees declared hazardous, and drastic understory removal. 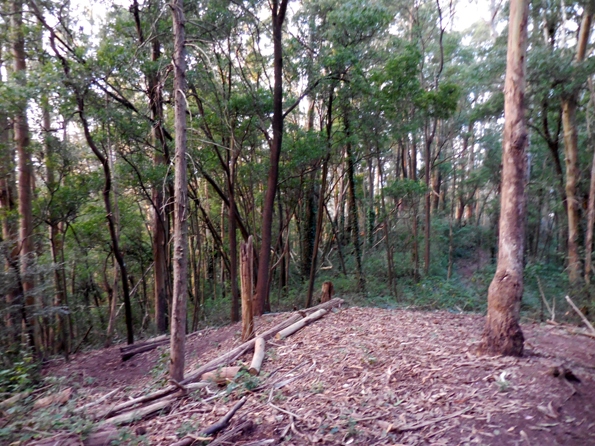 Still, you can avoid those areas, and much of the forest is still very lovely. 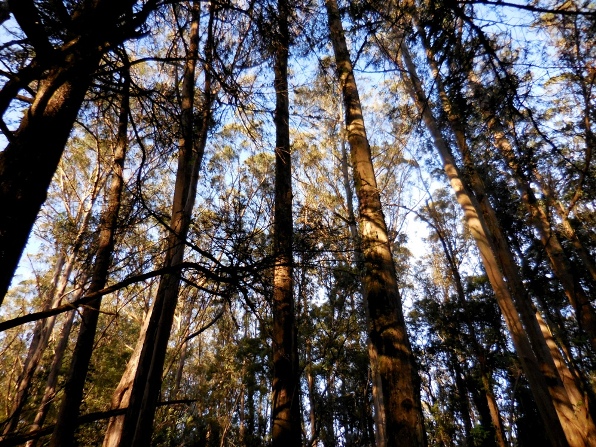 So on Thanksgiving Day 2014, here’s what we’re thankful for: