Posted on September 5, 2014 by webmaster 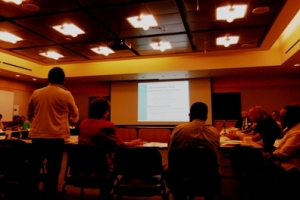 UCSF’s quarterly Community Advisory Group (CAG) quarterly meeting was held on September 3rd, 2014. The CAG consists of selected people from the community, many of whom have been on it for years or decades. Though our point of view is not represented there, it is a public meeting, and we do often attend (and make comments).

Here’s what we learned about Mount Sutro Forest and Aldea Student Housing.

1)  A new “hazardous tree” assessment has been made, and more trees will be felled before year end. This is in addition to over 1200 trees that were cut down since August 2013. UCSF said they have received the report, but will go through the forest and try to save as many trees as possible. 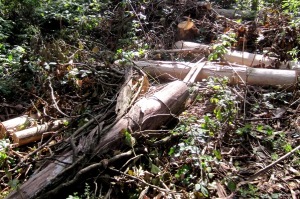 We sincerely hope this is true. Already, cutting down these trees is making the forest more vulnerable by reducing its ability to hold moisture, and by increasing wind velocities. It’s also destroying valuable habitat.

They said they do a hazardous tree assessment every two years, but they delayed cutting down the trees from the previous assessment until this spring (in the bird nesting season!) because they did the “urgent fire safety” work instead. So this year they will have done two rounds of tree cutting.

We’re concerned. From what we’ve seen, this tree felling seems to be concentrated in some areas – for instance, there’s been a lot of clearing below Medical Center Way, completely opening up the forest. This “hazardous tree removal” could destroy the forest in a few years by making the remaining trees more vulnerable.

2) A new trail – the “Sunset Trail” is being included in the new capital budget for 2014-2015. The trail could be built this year or next. They didn’t say how many trees it would cost, now or later.

They will be putting in 5 signs to warn mountain-bike riders to yield to joggers and hikers. We’ve found bikers on the whole to be courteous and careful, but there are always a few who are not. It’s a multi-use trail on a steep mountain. It’s important to be careful.

4) UCSF plans to remove the Aldea Student Housing from the space ceiling. They have said they do not plan to ask the UC Board of Regents to repeal the Space Ceiling (or the designation of Mount Sutro as an Open Space Reserve in perpetuity). For now, it means they will not demolish three dorms they had undertaken to remove and return the footprint to the forest.

Later, it could mean more building in Aldea, but no such plans are included in the Long Range Development Plan under way. (For an explanation of the Aldea space ceiling issue, go HERE)