What Adolph Sutro Didn’t Know About the Eucalyptus Forest

Mount Sutro Cloud Forest, a century-old forest of eucalyptus, was planted by former mayor and philanthropist Adolph Sutro (1830-1898). Like the larger and better-known Muir Woods, it’s the last remnant of a forest that covered a much larger area – at one time, 1100 acres (and included Mt Davidson, the other significant remnant). What he intended is just what Sutro Forest is now:

“…people… will wander through the majestic groves rising from the trees we are now planting, reverencing the memory of those whose foresight clothed the earth with emerald robes and made nature beautiful to look upon.” 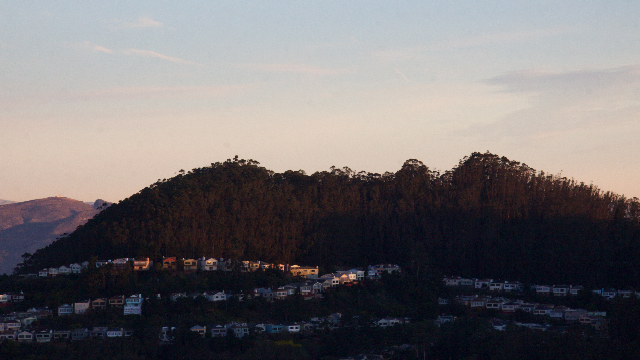 (Click HERE for more about the history of the forest.)

Sutro died before the turn of the twentieth century, and so there was much he could not know about the forest he planted.

1)  The automobile.  How could he have guessed that the automobile, so new in his time, would eventually be ubiquitous? San Francisco got its first horseless carriage in 1896, only two years before he died. By 1902, according the the CA DMV’s website, there were 117 motor vehicles in the city. At the time, gas stations didn’t exist, and motorists bought their fuel at hardware stores. Cars were less for transport than for adventure.

Today, there are perhaps 500,000 cars registered here. Not knowing about horseless carriages, he probably wouldn’t have known about carbon emissions, or pollution, either. Nor would he have known that trees sequester carbon in proportion to their dry weight; so tall dense fast-growing species like eucalyptus would do so particularly well.

(CLICK HERE for a link to a video by the Nature Conservancy that explains how to calculate carbon sequestration by trees.)

Adolph Sutro had no idea that global warming was going to be a problem, or that his afforestation project was already fighting it.

2)  Population and pollution. In 1900, two years after Sutro’s death, San Francisco had a population of 343 thousand. Here, he might have had a suspicion about its growth; in the ten years from 1890, it had grown by 44,000. Still, he’d probably be surprised by the population of 805 thousand. And he’d have been astounded at the growth in the surrounding cities. Back in 1898, the main pollution issue would have been horse-manure. Horses drop 20-30 lbs of dung per day. If he worried about airborne pollution, it would mainly have been windblown sand.

So he probably didn’t think about the ability of his planted forest to clean the air by trapping particulate pollution on its leaves, where they remain until they are washed to the ground – and out of the air we breathe.

3)  Noise. Maybe Sutro knew about noise. There’s no evidence that San Francisco would have been a quiet place, back then, with the clatter of carriage wheels on the newly cobbled streets, the shouts of people, the sound of street cars. But the rural lands he forested were far from downtown San Francisco in those days, and far from the noise; they were surrounded by farms and ranches. Maybe he anticipated that the city would gradually grow outward. After all, it was he who donated a piece of land on the hill he called Parnassus (and now we call Mount Sutro) to the Affiliated Colleges (now University of California, San Francisco), where his daughter Emma studied to be one of the first women doctors. Did he know that the leafy trees would absorb the sounds of the city, making it more peaceful for everyone? 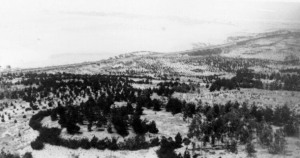 He surely knew they would be a windbreak; eucalyptus was deliberately being planted all over California for just that reason. In fact, Golden Gate Park reportedly started with the planting of a windbreak of trees on the western edge so that the park could be established.

[For nine benefits of our urban forest – with data – click HERE.]

4)  Anti-eucalyptus propaganda. The final thing he couldn’t have known and would probably have found difficult to understand: that a century after his death, there would be people who despised the non-native tree and want to remove it. That the anti-eucalyptus sentiment would develop into a lot of myths that would be used to justify destroying it.

(Click HERE to go to a page on Eucalyptus Myths.)

Or maybe he would understand. Adolph Sutro was Jewish, and from Germany. Living in the 19th century, it’s very likely he did encounter biases. Perhaps as a transplant who thrived in open-minded California, he expected the trees would do the same.