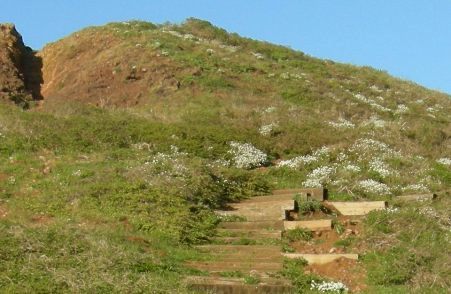 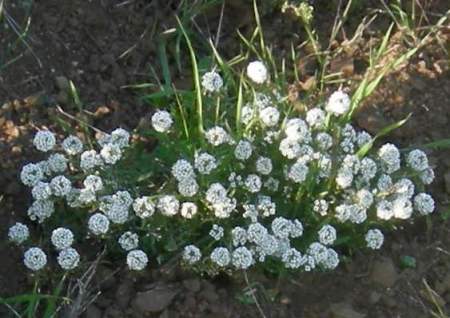 But the yellow oxalis (oxalis bes-caprae) is beginning to flower, too, and soon there’ll be drifts of it all over the mountain… 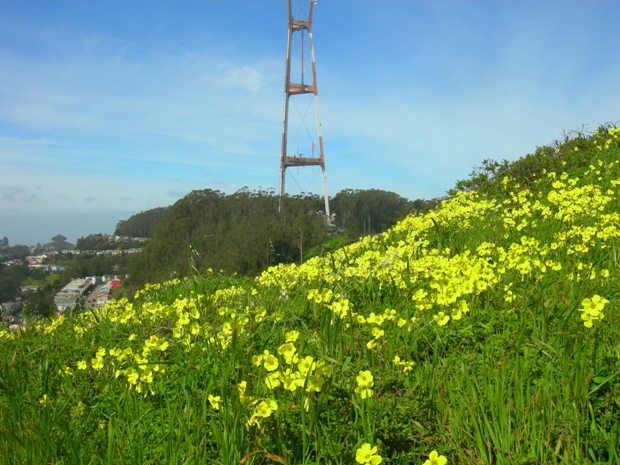 And then it’ll be time for the wild mustard (brassica)… 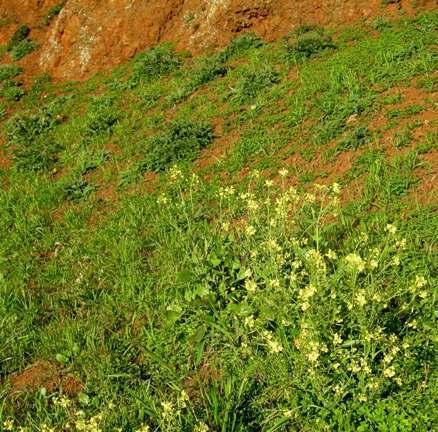 After that, since none of these is a native plant — and the peaks are being managed by nativists as a Native Plant area — the next thing to cover these hills will be the toxic herbicides: Roundup (glyphosate) and Garlon (tricyclopir).

Then, perhaps, the disturbance caused by the pesticides will prime the soil for the most competitive plants to return, and next year there will be more alyssum, oxalis and mustard.

But what of the broader effects of eco-disruption? The area claims to be habitat for the Mission Blue Butterfly, whose caterpillars require nurturing by ants. Wonder how ants and caterpillars like Roundup and Garlon…

And given that Twin Peaks is one of the highest areas of the city and water flows off it like a river when it rains, we also wonder how much of the herbicide is ending up in the Bay. And the ocean. 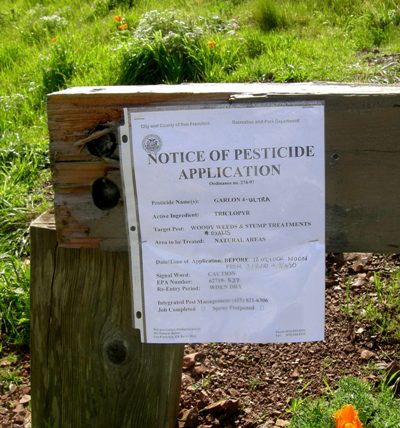 1 Response to Twin Peaks in Bloom