The fog rolled in, the mist filled the trees, and the forest’s music was the patter of the Cloud Forest’s internal rain. This was Sutro Cloud Forest on Saturday, September 12th 2015. We were glad of our raincoat as we walked through the beautiful woods.

There were a few puddles along long the trail, though the trail-builders had tried to slope them so water would not collect.

The upper forest – above Medical Center Way, the paved road that runs through Sutro Forest – gets the fog first. The tallest trees at the higher elevations of Mount Sutro reach into the clouds and harvest the moisture, which collects on their leaves and twigs and branches, and rains down into the forest. As the fog settled in and came down to a lower level, the whole forest damped down. (The next day, Medical Center way was wet with the forest’s rain.) 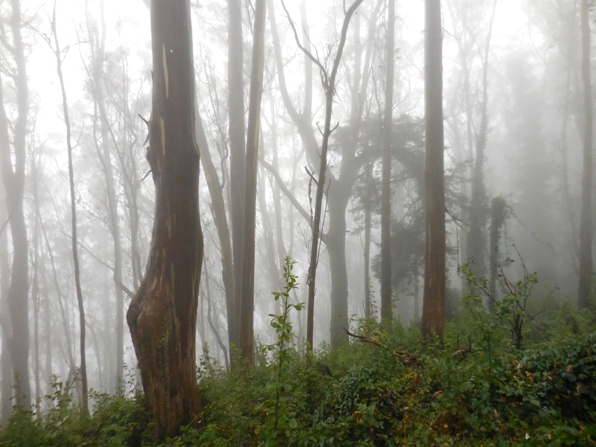 The picture below shows why it’s so important to preserve the trees. The trail goes from damp where trees have dropped fog-moisture on it to dry where there’s no canopy – over just a few inches. Further, where there are trees, it’s damp again. 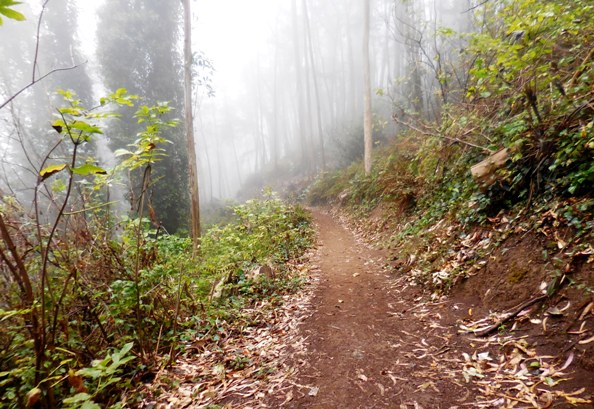 TREES IN A FOG FOREST OR CLOUD FOREST

Here in San Francisco, we get fog whenever it gets too hot. This makes sense – the fog comes from the difference between the temperature of the sea and the land. So fire season inland brings the fog to us.

But trees fight fire in other ways than just capturing moisture. The tree canopies shade the ground below, discouraging the growth of some flammable fine fuels like grass, and slowing evaporation so that even when it’s dry elsewhere the vegetation in the forest remains green.

They act as a windbreak. Even if a fire is lighted, it cannot easily spread.

Tall healthy trees perform these functions best, but even trees in poor condition contribute. You can find dead trees with fog-moisture pouring down their trunks like a rain-spout. And they also help to block wind and shade the ground.

Meanwhile, on the same days as we took the forest pictures, the Valley Fire in California’s Lake County spread to 25,000 acres. 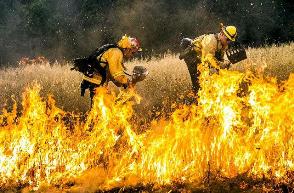 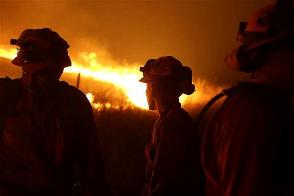 Our thoughts are with the people who, at this writing, face burned out towns and a fire yet uncontained. 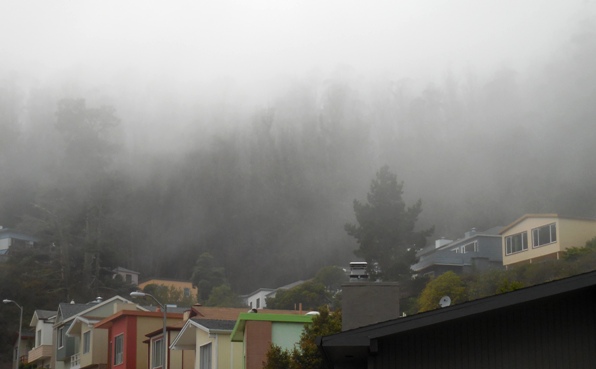 And we’re grateful for the fog and the forest. 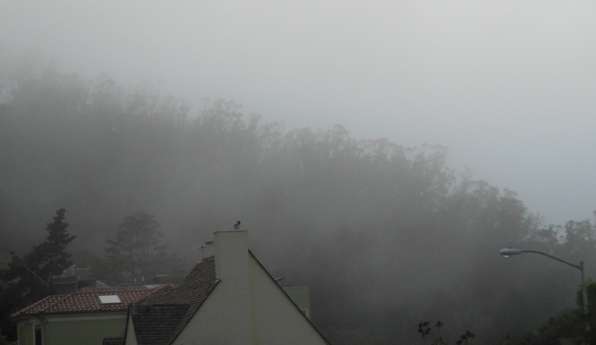