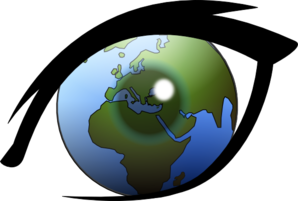 This is part of a continuing series of conversations between Charlie, a US-based naturalist, and Gov Pavlicek, a climatologist in Europe (on our front-page comments section).  We’re finding their contrasting worldviews interesting.

For those interested in earlier exchanges, here’s Part I and Part II.

As the conversation continued, Charlie spoke of what California has lost. Gov spoke of the biodiversity gained, and the fact that many species presumed to threaten others by their invasiveness aren’t actually doing so. As with the earlier ones, these exchanges are also edited for brevity and focus.

CHARLIE: THE BUNCHGRASS PRAIRIES ARE GONE FROM CALIFORNIA

You [Gov] say invasions rarely cause extinction.. well, I say extinction is not everything. Much of interior California was once covered in a bunchgrass and wildflower prairie. This is all gone. Granted much of this is due to factory farming but even in unfarmed areas, the bunchgrasses are quite rare now as are their wildflower cohort. In their place are just a few species: ripgut brome, yellow star thistle, wild oats, black mustard… There are millions of acres covered predominantly by those species and the bunchgrasses are now confined to a few places – mostly clay or serpentine soils that the invasive plants can’t tolerate. They aren’t extinct but they are no longer a meaningful part of the landscape.

They weren’t replaced by an equally diverse multicultural tapestry of prairie grasses and forbs selected from around the world. They were replaced by a handful of agricultural weeds. When invaders are introduced, we don’t introduce their whole ecosystem. If we plunked an intact California ecosystem and an intact South African ecosystem of a similar climate together, next to each other, on a space colony or something, you’d probably get some really neat mixes, the kind you are describing. Maybe that is what you are getting in Europe and I could buy something similar happening in Sutro on a small scale. But, on the grasslands, what you have is the ruderal plants from several ecosystems completely crowding out the normal ecosystem process. So you see what I mean about extinction not being everything? Having a bunchgrass clinging to life on a rock is not the same as a million acres of bunchgrass prairie.

[Webmaster: And for another example, Sudden Oak Death is killing California’s oak trees. But how is this an argument for preventing those plants that can survive from doing so? These blights are almost impossible to stop, except by quarantines; we can’t chop them down or garden them out. So if the oak goes, and we fell the eucalyptus, we have no forests?]

To me it sounds like a collapsing ecosystem. The idea of blended ecosystems might sound nice when you write it down (though to me it sounds horrible because we lose the uniqueness of place!) but it won’t work. There is no way to transport an entire ecosystem, with all of the insects, bacteria, fungi, etc, etc, to a new continent. You will only transfer a few plants… some become invasive, most die off.

So, it seems like you are pushing for McDonalds and star thistle on every hill. I’m hoping we can retain some of the rich ecosystem diversity on the planet instead.

GOV:  CHANGE IS PART OF LIFE, AND PREFERENCES ARE SUBJECTIVE

Charlie, your note mentions some facts (diseases spread and kill many trees — which is true), but then moves on to personal preferences and views on what is a functioning ecosystem and what isn’t. [An ecosystem that’s “collapsing” is actually one that is changing.]

Chestnut blight….no one likes it. But what does it prove? [Native organisms can also be invasive.] We know that the native Mountain Pine Beetle currently wreaks havoc from Colorado to British Columbia [BC] and Alberta. The current outbreak of mountain pine beetles is ten times larger than previous outbreaks. Huge swaths of central BC and parts ofAlberta have been hit badly, with over 40 million acres of BC’s forests affected. And that is just BC. Some experts have predicted that if the problem is not eradicated, many of Colorado’s mature lodgepole pine forests will be killed within three to five years.

In Europe we have native badgers carrying Bovine TB, causing losses to farmers because cows are infected. We have [native] birch and pine trees constantly invading heath and fields, and thereby limiting habitat for the red list species that cannot survive in forests.

You extrapolate that some species will almost become extinct in the next 50-100 years. First of all: extinction — like you mention — isn’t everything. You are right: it simply happens as long as there is life on this Earth. So the occasional extinction here and there, for whatever reason, is not that much of a deal — especially  if you consider the current extinction rate is because of humans in a more direct sense (as you said, habitat loss for agriculture).

But how can you be sure that the current trend will continue? Can’t local species adapt? Can ecologists predict which species will become invasive and which won’t? No. Have they been able to predict the outcome of an ongoing invasion? Rarely. (Many times, when asked if some species have become extinct they answer : “Not yet” — as if it is inevitable it will happen.)  An example is the Argentine ant, which started to dominate all other ant species in Texas somewhere in the 1980s [and was predicted to drive out the others]. But 15 years later, you had to search for it, according to researchers. The ant is there, but behaves like other ants….

You note the differences. Any chance of things getting back to how they were? At what cost? Is it for the public good or is it to please the few? In The Netherlands, they have started campaigns to convince people their views are the right ones because currently people, as I have mentioned, do not support it.

How come ecologists (among others) do this? Is this the role of a scientist? Seems more like a religion.

Finally: in many cases restoration of landscapes will become dependent on money, if the invaders are present, but kept at bay — they’ll return when the money runs out.  In NL, with much rain and snow, the natural vegetation is temperate forest — broad-leaved, coniferous or a mix. [Thus, keeping areas as open heaths requires costly human intervention.]

Thanks for the thoughtful response. I feel like we are in some ways on the same page. Still, I seem to be having trouble communicating my most important point: the native vs non native dichotomy is not what we should be looking at — but that you are going too far the other way in saying that invasive species should not be managed/dealt with either, because most people want to get rid of them because they are often non-native.

There are DEFINITELY native species that are invasive. When changes in the landscape throw off the previous balance, a native invasive acts the same was as a non-native invasive. I think we should manage/control ANY invasive species if we find that it is feasible. I think we need to look at species (and people, if you want to continue that analogy) based on what they do, not where they are from.

The unusual assemblage of plants on Mt Sutro have obviously formed a complex ecosystem, despite the fact that they are from all over the world. I DO think it is really neat, and people should be spending more time studying ecosystems like this. How can an equilibrium form in just a century? Are the fungi, bacteria, etc, implemented and connected as strongly as a native ecosystem that has been similar for 100,000 years?

[Webmaster: Interrupting the conversation to say, maybe yes, maybe no. But if it were removed, the replacement ecology would not even be a century old. It would be brand new, and while it might mimic an older ecosystem, it wouldn’t *be* a 100 thousand year old ecosystem. It would be a representation of one, maintained that way with ongoing effort.]

If so, what makes Sutro different from some of the other Euc groves I have seen with little diversity in the understory, or worse, an arundo or tamarisk stand with essentially NO diversity. There’s a lot we don’t understand here, and it’s really worth a closer look. I initially came to this site because I was concerned that the blackberry, etc, in the understory might infect other areas with more natural ecosystems, and cause ecosystem collapse. I think I do agree though that because it is in the center of a city, and because there is already blackberry all around the greater area, this may not be justification for removing the blackberry.

The native bark beetle problem is often blamed on climate change and I think that is a factor but it seems that the main reason is due to alteration of fire regimes. The trees are too dense, and in some cases too old, so they are more vulnerable to drought and beetle attack. So, they are all dying at once. In this case it is probably too late to solve this problem.

This brings up the point that many invasive organisms are that way due to larger scale management issues that need to be addressed. All land on Earth is being managed by humans (no-action is a management choice at this point) and most places have been managed by humans for at least 15,000 years. In Europe this history is much older. But, while we figure out the best way to manage the land, to allow the more complex ecosystems to persist, a variety of invasive species are causing extinctions all over California and other areas.

We may ultimately realize that if we use a more appropriate management regime the invasives will go away or ‘behave properly’ as an ecosystem component. But, it could take many decades to figure this out and by then, most of the components will be near-extinct. What I propose is that we learn the systems, but we also deal with the symptoms.

In any event, I apologize for any overdramatic or inflammatory contents that I may have made on this website. I also apologize that you have run across so-called ecologists who were racists, bigots, or xenophobes. I also, however, assure you that while we all have our own biases and shortcomings and irrational fears, mine are not the basis of the ecological management regimes I am advocating.

[Webmaster: Speaking for myself, I find your viewpoints interesting even where we disagree. Thanks both to you and to Gov for stopping by here.]