Over a year ago, we drove up to Twin Peaks, an example of a mountain very like Mount Sutro — but without the trees. Everyone goes to Twin Peaks, but they’re usually there for the views (which are doubtless absolutely magnificent and never get old).

That day, we were there to look at Twin Peaks, not from Twin Peaks. What we saw was appalling. Rock slides. Trash. Graffiti. Roundup and Garlon toxic herbicides.

We’ve been back a lot since then. Nothing much has changed. There’s still trash. 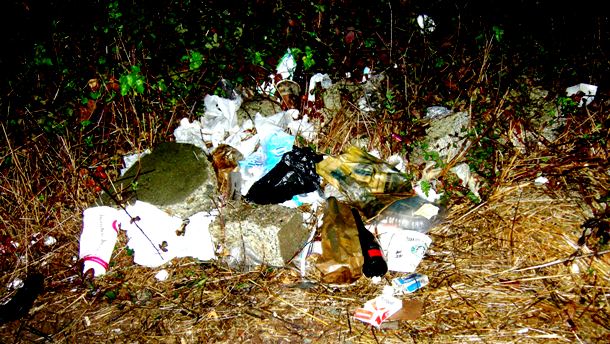 Must have been some party!

And graffiti (different graffiti, with the same white-washed walls as canvases). 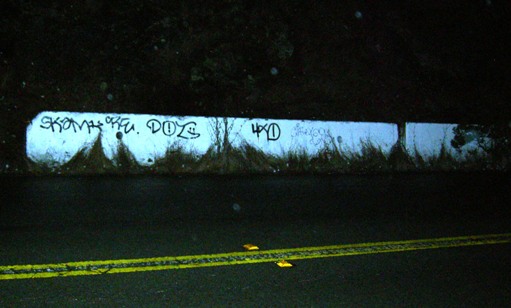 Of course there’s Garlon (which we see in spring and fall quite regularly) and instead of Roundup, Aquamaster (also a glyphosate herbicide). Both these pesticides are known to be toxic, with birth defects as one of the effects. They’re used all over Twin Peaks, including in the ‘Natural Resource Area’ which is the Native Plant area.

Glyphosate and Triclopyr are associated with birth defects

And, with the first heavy rain of the season, a rock slide. Where it occurred, it was relatively innocuous. On Mount Sutro, there could have been  houses or cars in the way.

Coming soon to a mountain near you?

Is this what we have to look forward to as UCSF and the Mount Sutro Stewards fell the trees first on 7.5 acres and then 40 more acres, and use the same toxic herbicides to prevent the brambles and trees from resprouting?