Posted on September 8, 2010 by webmaster

The wind was strong this afternoon, blowing over trashcans, swishing the tops of the eucalyptus like great lace fans, swirling the fog into romantic curls. The sun was AWOL.

A perfect day for a walk in San Francisco’s own cloud forest. 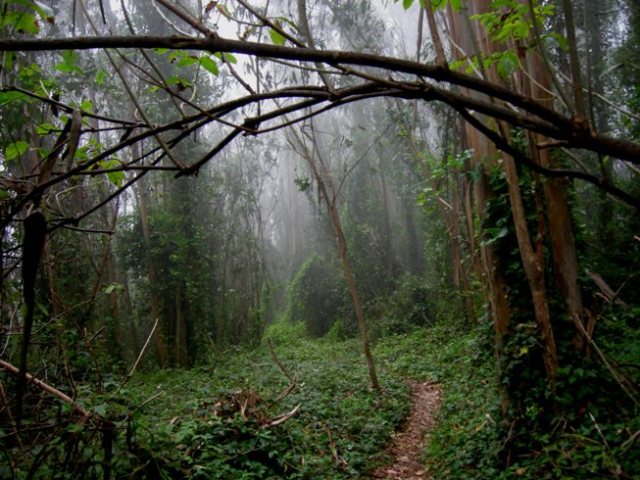 Inside the forest, the wind was much weaker; indeed, in many places, it was almost still at ground level, though the trees swished and creaked and there was an occasional groan or crack overhead. 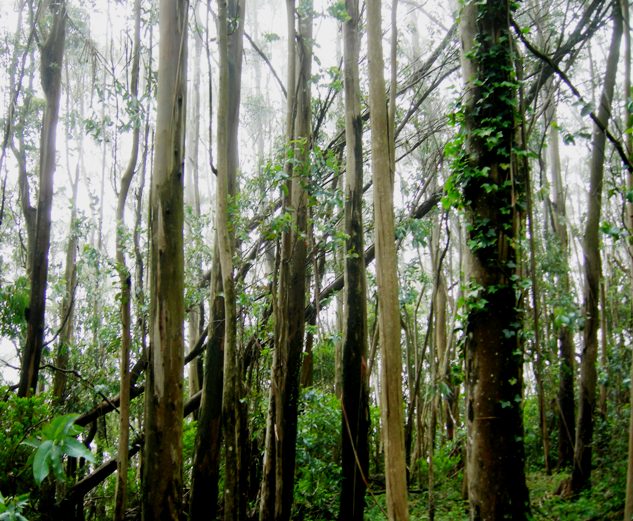 It felt safer inside the forest, especially where the trees were dense; not only was the wind less strong, but if a tree should go over, its chances of hitting the ground were small. It would lodge in other trees. 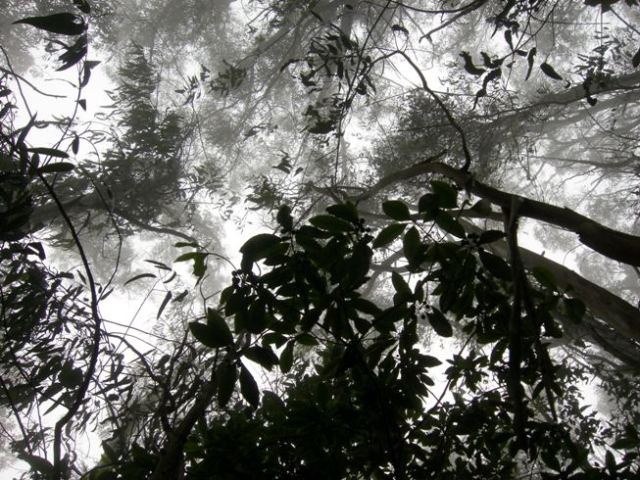 The tops of the tallest trees were almost lost in the fog. The sub-canopy of smaller trees was more immediate. A squirrel darted up this tree, but vanished before it could be caught on camera. 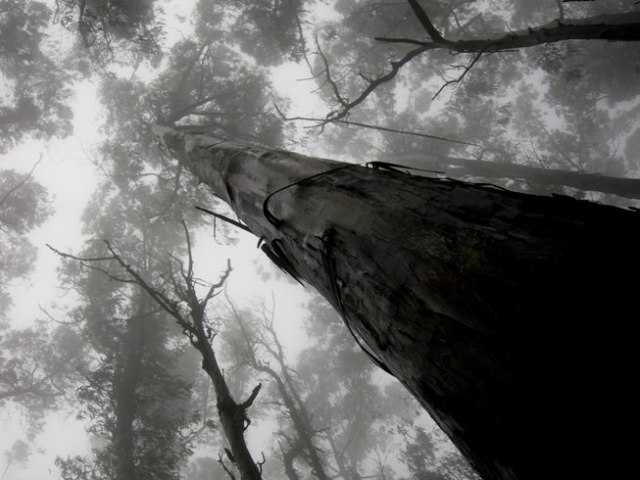 The trees always look splendid, but in the fog, they are especially beautiful. The soft gray light reflects off the wet bark. The moisture harvested from the fog falls like rain.

The Rotary Meadow has no fog-harvesting trees, and the meadow loses moisture quickly. The grass and the gravel there was dry. The season’s  over, though a few Coastal Gumweeds (grindelia hirsutula var. maritima) still bloom. Most of the shrubs are still green. The oak trees are ok.

The more exposed areas of the “Fairy Gates” trail were also dry, with dust in places deep enough to show footprints. But in the ravine below, the trees and foliage was still lush and green. 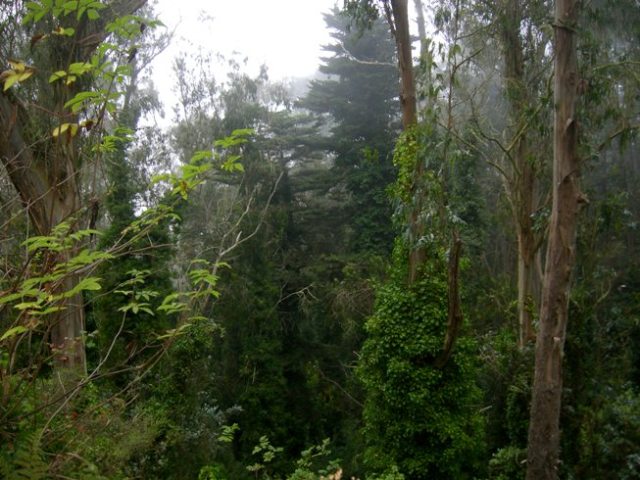 Some blackberry bushes bore ripe fruit. We ate several, confident they contained no Roundup or Garlon (thanks for the pesticide-free mountain, UCSF!), and felt no guilt about stealing from the birds. There was enough.

Speaking of birds – on a foggy day like this one, they were quiet. But a few juncos hopped around in the trees and undergrowth; and a hairy woodpecker flew from acacia to eucalyptus. It refused to pose.